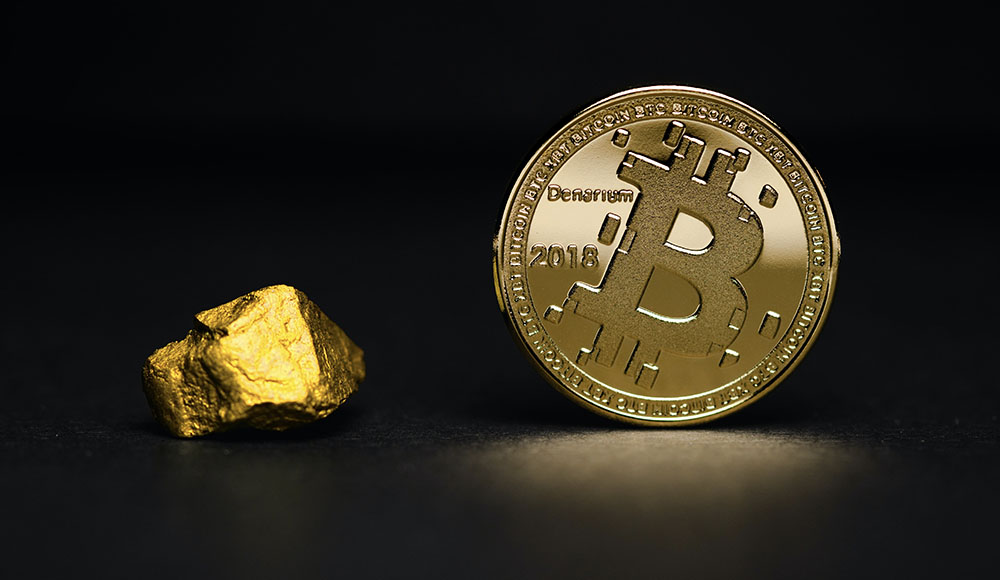 Bitcoin is on it’s way to the moon. 🚀

That’s what I and many others who currently hold Bitcoin would like to believe. $1 million dollars in ten years and mimicking a market cap that we currently see for gold is the goal, and the moon shot.

On the 6th November, it’s currently sat at about $15,500 dollars and has more than doubled since March. This is when I first bought a few Satoshi’s (a decimal of 1 Bitcoin – a bit like pennies to a pound). I had previously bought some Ether on the 19th Oct. Ether is a token (like Bitcoin) of the blockchain protocol, Ethereum. I also bought some at the 2020 March dip, as IMO it was a bloody bargain.

These purchases are purely based on speculation that the prices of these will rise and I will profit from the increases – much like stock investing.

Understanding this new technology is fairly daunting and there is a lot of new terminologies to get your head around, so I’m hoping this an easier guide for people to follow when just getting started in exploring the crypto space.

I’ll add other useful resources at the bottom of this page, so you can explore further

Bitcoin is a currency that exists in a digital format. There are no physical coins or notes. It was created in 2009, just after the great recession with the idea to decentralise currency and become less reliant on the banks. It was apparently created by an individual called Satoshi Nakomoto, but the identity of this person (or people) has never been found.

The decimals of a Bitcoin is a Satoshi. So you can hold multiple Satoshis up to 100,000,000, which will make up one Bitcoin.

You can transfer a Bitcoin (or Satoshi) to anyone across the world, in a peer to peer transaction via the bitcoin blockchain. They and you must have a digital wallet which has two keys, made up of a combination of numbers and letters.

One is a private key and the other is a public key. By sharing your public key someone else can send a Bitcoin to you with their private key, from their digital wallet via the Bitcoin blockchain.

This is my public key – 3NpBUXEkNbuW6UoDhM9VxDiyyXLwrvvebC

Wallets come in a range of forms, but these can be physical hardware, on a crypto exchange, or software in the form of an application. The important thing is that if your wallet is not on the exchange, that you keep your keys safe and don’t lose them. If your keys are lost, there is no reset button to get access again. Exchanges provide an additional security risk, as historically they have been fairly vulnerable to attacks, so if you hold a lot of an asset in a crypto exchange it’s probably wise to move your assets out of the exchange and into a private wallet.

People are often mistaken when it comes to the current purpose of Bitcoin. They see it as a method for exchange, but due to the volatility at this point in time, it should be seen mostly as an asset that holds value or grows in value when compared to a fiat currency ($,£) – which with inflation is constantly being devalued.

As an example for anyone that doesn’t understand how the value of a currency is being devalued. A can of coke, which once cost 50p is now 85p, this is inflation at work. If you held a pound 15 years ago you could buy two cokes, now you can only buy one. If you held an asset which was worth £1 15 years ago and is now worth £2, you could still buy two cokes and you would also have some change.

In the future, we will likely see Bitcoin stabilise and this will allow it to become used as an exchange for goods and services, much like fiat currencies. At the moment it is too volatile and the risk of using it as an exchange mechanism is too high and would probably be deemed a little careless at this point in time. There is a famous instance – likely one of many -about someone who bought 2 pizzas for 10,000 bitcoins. Those same pizzas would cost the individual £150 million pounds at today’s prices.

This is why the belief that Bitcoin is to be used as an exchange mechanism has shifted to a store of value, but I do believe this will go back to being a way for us to exchange money across the world.

When will it stabilise? Probably when it is widely adopted around the globe and as the supply of Bitcoin slows. The reason that I say slows, as unlike gold, which can be mined at a constant rate until it runs out (or we take it from asteroids). Bitcoins become more and more scarce every 4 years with the ‘halving’.

What does this mean? Bitcoin is digitally mined by ‘miners’ who via their computer complete complex mathematical equations to validate a transaction on the blockchain. If the miner’s computers get the equation correct they are rewarded with Bitcoin. Every 4 years until all 21 million bitcoins are mined the reward halves and therefore increases the scarcity.

For more of a thorough guide on this, see – https://cointelegraph.com/bitcoin-for-beginners/how-blockchain-technology-works-guide-for-beginners

Where is this all going?

Up. And here is why I think that.

This is my favourite graph to demonstrate how the price is projected to rise. 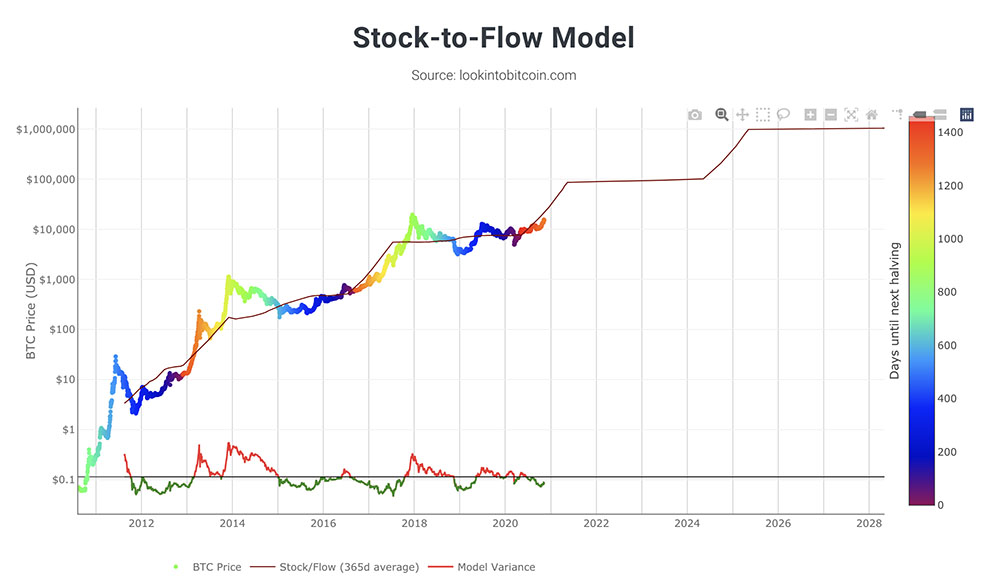 How to buy bitcoin?

A cryptocurrency exchange is an accessible way to do this and allows you to exchange your local currency for cryptocurrencies. They all charge money on a deposit or to take money out, but that’s the price you pay for using a service. Once you have your cryptocurrency you will be able to move it out of the exchange into your own wallet and then move via the blockchain.

I’ve used three and they all have their own charges. Unlike the earlier days they are all pretty on hot on security and signing up, so there will be a few security questions and checks to go through to get onto the exchanges

Hopefully, this guide has cleared up any question you may have had on bitcoin is. Any questions, please leave a comment below.

For more learning, check out these resources.